Aspergillosis is an infection caused by the Aspergillus fungus. This fungus grows on dead leaves, stored grain, compost piles, or other decaying vegetation. The Aspergillus species includes more than 180 types of mold that occur widely in indoor and outdoor environments. Aspergillus is commonly found as a lacy mold that grows on foods. 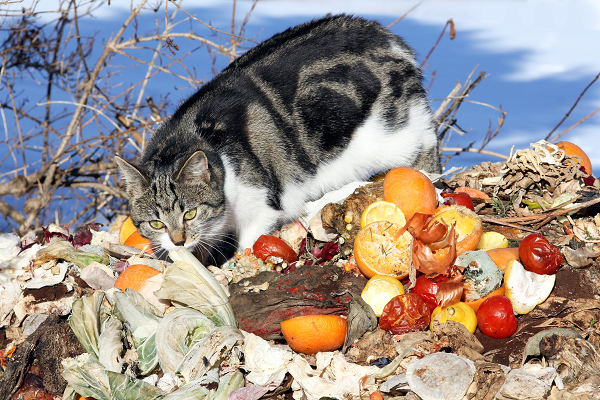 How do cats get aspergillosis?

Aspergillus is considered an opportunistic pathogen and usually affects animals whose immune systems are suppressed or compromised. Aspergillus fungi shed microscopic spores that float in the air and are easily inhaled.

Fortunately, cats have several protective mechanisms built into their bodies to help prevent infection. In the nose, these protective mechanisms include nasal sinuses to trap inhaled debris, the mucus layer that lines the nasal passages and traps debris, and the ability to sneeze and expel inhaled debris and foreign bodies. In the remainder of the respiratory tract, the mucus lining of the passages traps debris that enters the airways, and tiny hair-like cilia that are constantly in motion 'sweep' the mucus and trapped debris up and out of the airways. A healthy immune system provides active protection of the entire body, preventing invasion and fighting infections within the body.

"Aspergillus fungi shed microscopic spores that float in the air and are easily inhaled."

If Aspergillus spores, called conidia, are inhaled and able to evade or bypass these protective respiratory mechanisms, they can begin to grow and become more difficult for the body to remove. Some strains of the fungus are more likely to cause disease than others, or a cat may simply be exposed to a large number of spores that overwhelm its defenses. 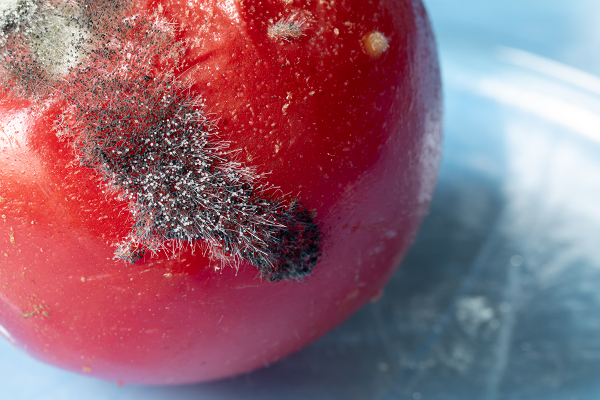 What are the clinical signs?

The two forms of aspergillosis affect cats in different ways.

Nasal aspergillosis is divided into two forms. In cats, the less common form is called sino-nasal aspergillosis (SNA), meaning that the fungus destroys the delicate bones of the sinuses. This creates an accumulation of mucous and fungus commonly referred to as a 'fungal ball' or aspergilloma. A pet owner will observe a chronic nasal discharge that often has a strong odor, lasts for weeks to months, does not respond to antibiotics or other common therapies, and typically involves only one nostril. Nosebleeds may occur intermittently, and the edges of the nostrils are often rough, inflamed, and ulcerated (the tissue breaks open and bleeds due to the discharge, which is very irritating). Sneezing and pawing at the nose or face may also occur.

"Nosebleeds may occur intermittently, and the edges of the nostrils are often rough, inflamed, and ulcerated."

In cats, a condition called sino-orbital aspergillosis (SOA) more commonly occurs. In this instance, a reactive fungal mass will develop behind the eye, resulting in exophthalmos (a bulging eye). Depending on the extent of this swelling, eye abnormalities and possibly neurological abnormalities may also occur as the disease progresses.

In systemic or disseminated aspergillosis, the fungus enters the body through the respiratory tract and travels to other organs via the bloodstream, creating a more serious generalized or systemic fungal infection. The clinical signs of systemic aspergillosis depend upon the location where the fungus settles in the body. Common sites of infection in cats include the lungs, central nervous system, and gastrointestinal tract. If these areas are infected, clinical signs include cough, rapid breathing, muffled lung sounds, inappetence, diarrhea, abdominal pain, or neurological changes. Most cats with systemic aspergillosis will not have nasal symptoms.

Unfortunately, most cats are terminally ill by the time they exhibit clinical signs.

How is aspergillosis diagnosed?

To diagnose nasal aspergillosis, at least two of the following four criteria must be met for most cats:

1. Radiographs (X-rays), CT (computed tomography) scan, or MRI (magnetic resonance imaging) will show changes that suggest a fungal infection. MRI or CT are considered more diagnostic than X-rays.
2. Fungal plaques or aspergillomas may be visible with rhinoscopy (a technique where a narrow needle-like camera is inserted into the nose).
3. Aspergillus organisms are seen in or cultured from a tissue biopsy. The fungus is not usually seen in nasal discharge but may be recovered by flushing the nasal cavity.
4. A blood test is positive for antibodies against an Aspergillus species; these tests must be interpreted with caution, however, as the different species of Aspergillus do not cross-react on tests, meaning separate tests are needed for each species.

DNA testing on cultured fungal colonies or biopsy samples is sometimes used to identify fungal species, but they can also be difficult to interpret.

General anesthesia is necessary for diagnostic imaging (X-rays or CT scans), as well as for rhinoscopy. In many cases, the advanced equipment to perform these tests is only available at specialty referral practices or veterinary teaching hospitals. In some cases, the yellow Aspergillus plaques can be seen within the nasal passages without specialized diagnostic equipment.

The diagnosis of systemic aspergillosis can be more challenging. In cats, evidence of systemic disease is most often found in the lungs using X-rays or a CT scan. Ultrasound of the abdomen may also show characteristic or suspicious lesions. Unfortunately, there is currently no blood test that is considered accurate enough to diagnose systemic aspergillosis outright, but blood tests can be used to support a diagnosis of the disease. In some cases, the draining fluid or a tissue sample may contain visible Aspergillus organisms. If the organism is not visible, it may be cultured from fluid or tissue samples.

How is aspergillosis treated?

Fungal infections generally require extended treatment and many of the drugs traditionally used to treat aspergillosis have toxic side effects. Advances in techniques and medications have enabled better success with the treatment of nasal aspergillosis, but systemic aspergillosis is still challenging to treat.

Treatment of nasal aspergillosis
Sino-nasal aspergillosis is often treated with systemic antifungal agents, such as itraconazole (Itrafungol®, Sporanox®) posaconazole (Noxafil®, Posanol®), and/or amphotericin B (Fungizone®). Other agents sometimes used include terbinafine (Lamisil®) or caspofungin (Caspofungin®). Infusing topical intranasal 1% clotrimazole has also been used successfully in a few cases. Because cats are prone to progression from the sino-nasal form of the disease to the sino-orbital form, a combination of topical and systemic therapy can often be helpful in improving outcomes.

"...surgically debriding the fungal lesions within the nasal and/or sinus cavity may improve the success of medical therapy...

In some cases, surgically debriding the fungal lesions within the nasal and/or sinus cavity may improve the success of medical therapy, although multiple surgeries may be necessary. Enucleation (removing the eye) and other eye surgeries may also be recommended if there has been a poor response to therapy, or if the eye is blind and removing the fungal mass behind the eye may improve the clinical outcome for the cat.

Treatment of systemic aspergillosis
Treatment is very difficult for systemic or disseminated aspergillosis in cats. Antifungal treatments are available, although they can be expensive. Long-term treatment (for months to years) is often required. Drugs such as itraconazole and posaconazole have been used for this condition, but their effectiveness is unclear.

What is the prognosis?

Can I get aspergillosis from my cat?

Birds are the most common source of infection in humans. While the potential to contract aspergillosis from your cat exists, it is less likely if you practice good personal hygiene, especially hand washing, and avoid handling any discharges. If your cat has been diagnosed with aspergillosis, ask your physician for advice.

© Copyright 2022 LifeLearn Inc. Used and/or modified with permission under license.